Today we’re putting the pedal to the metal with Full Throttle, our biggest update yet, packed with a hardcore Mad Max-inspired new scene, two new modifiers, and new customization options to boot. Fans of “Black Magic” and “Death” will recognize LeKtriQue who’s back for his third Pistol Whip scene alongside Midnight CVLT in Full Throttle. Shoot, dodge, and whip your way through the desert in the midst of a rampaging vehicular rally filled with surprises along the way. Full Throttle is our hardest scene yet, and is the first to introduce scene events, a new way for us to add synchronized animations to scenes for spectacular flair.

Also included in this free update are two new modifiers: Scavenger, and One-and-Done. One-and-Done is one of our most highly-requested modifiers, turning all armoured enemies into one-shot kills. This gives you a new way to tackle the enemy density of harder difficulties without needing the fastest trigger finger in the west.

Our second new modifier, Scavenger, is a whole new way to play. With Scavenger, the only way you can reload your weapon is by pistol whipping — if you want ammo, you’ll have to take it. This modifier can make it difficult just to get through scenes, and adds new strategy as you conserve ammo, dodge more, and pistol whip any chance you get.

We’ve also added a bunch of new customization options, including the Tac-Ops weapon collection featuring three new pistols. Check your gun crate for 5 new wraps (including companions for High Priestess, Akuma, and Full Throttle), 3 new colours and metals (including the long awaited Gold), and a slappy new SFX option inspired by the pistol in Half-Life 2. 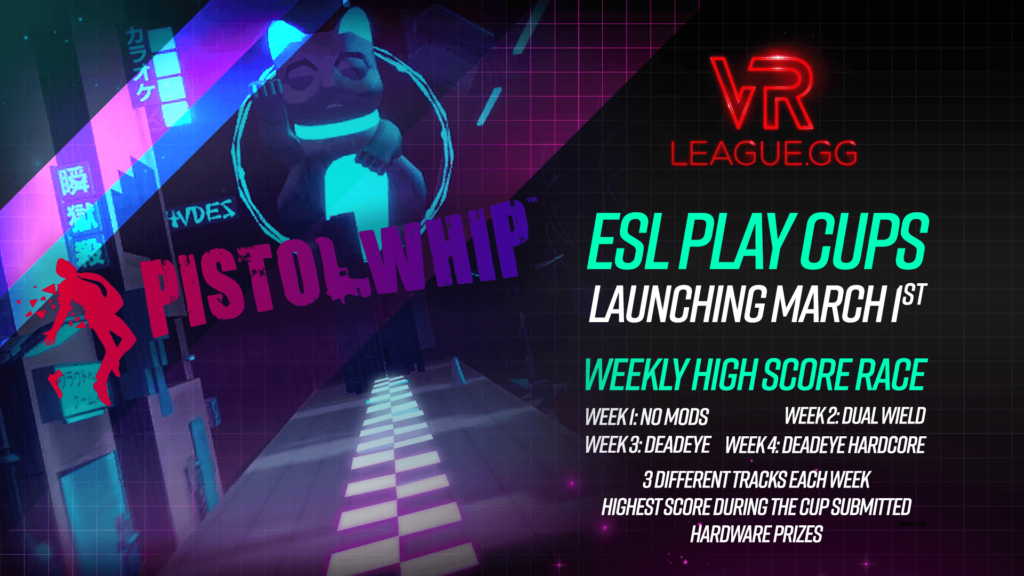 If you think you’ve got what it takes, Full Throttle is featured in this weekend’s ESL Pistol Whip Play Cup. Practice with Deadeye and Hardcore, and compete this Sunday for glory and the chance to win a Rift S from our partners at the VR League and Oculus. Check out more details and sign up on the ESL website.

We have two more monthly updates leading up to this summer, each including a free new scene, so make sure to join our discord or follow us on twitter @PistolWhipVR to stay up to date with all the latest.